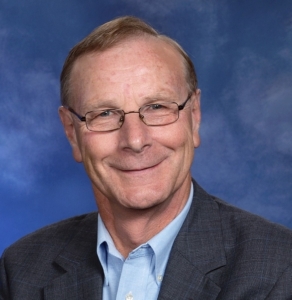 Jerry hails from Steubenville, Ohio. He grew up in a strong Christian family and attended the Finley United Methodist Church. Steeped in evangelical and holiness preaching and teaching, he committed his life to Christ at age 16. He graduated from Asbury College in 1971 with a Bachelor of Arts degree majoring in History-Secondary Education with a minor in Spanish. Feeling a call from God upon his life for pastoral ministry, he enrolled at Asbury Seminary and in 1972 he was ordained as deacon in the East Ohio Annual Conference of the United Methodist Church. In 1974 Jerry graduated from Asbury Theological Seminary in Wilmore, Kentucky with a Master of Divinity degree. Believing God’s call was to New Jersey, he transferred to the Southern New Jersey Annual Conference of the United Methodist Church where he was ordained elder in 1975. Jerry was appointed by Bishop Prince Albert Taylor to serve as Pastor of the Sea Isle City United Methodist Church from 1974 until 1983. During his tenure the church grew both spiritually and numerically which necessitated the building of an office/educational wing. In January 1983, Jerry was appointed by Bishop C. Dale White to the Sicklerville United Methodist Church. In the time that Jerry served there as Senior Pastor he saw much growth that necessitated the building of a sanctuary in 1990 and an Education Building in 2000, and God added to the church community those who were being saved and entering into a personal relationship with Jesus Christ.

Jerry enjoys flower and vegetable gardening as well as sports, both as spectator and participant. Currently, he is focusing on his golf game. A die-hard Cleveland Indians and Cleveland Browns fan, his lifelong sports fantasy is for the Indians to win the World Series and the Browns to win the Super Bowl. He continues to revel in the Cavaliers winning the NBA championship!

Jerry is married to Sharon Hartman Ruff (of Woodlynne, NJ) and they have two children. Their daughter, Stephanie, is a 1999 graduate from Asbury University in Wilmore, Kentucky, and received a master’s degree in counseling from Eastern College in St. David’s, Pennsylvania. She is married to Bryce Hogan and they have a daughter, Clodagh Bryn, and a son, Phineas Ruff. Stephanie is Director of Titus Women, a ministry of the Francis Asbury Society based in Wilmore, KY. The Hogans live in Pitman, NJ.